A super last min decision got Kai and Chaang to visit some of the best teams in Singapore. 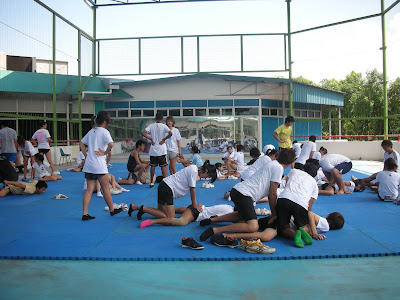 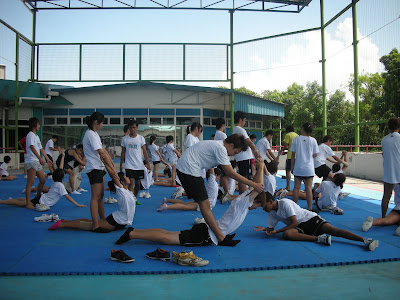 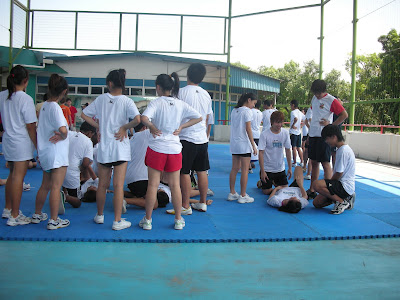 can you all spot Eugene? ahahahaha. 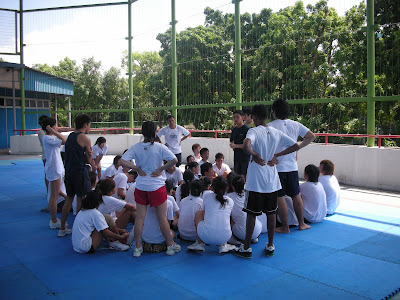 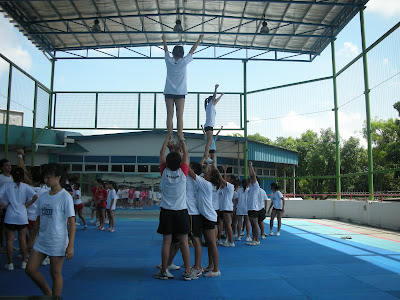 2nd stop of the day was to Potong Pasir CC Denvers Cheerleading Squad where we linked up with Kat. NTU ACES and Denvers were training for an upcoming combined performance. 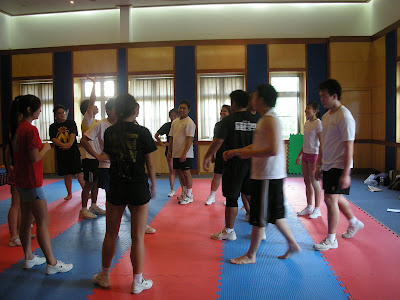 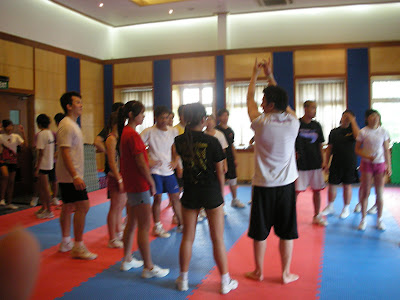 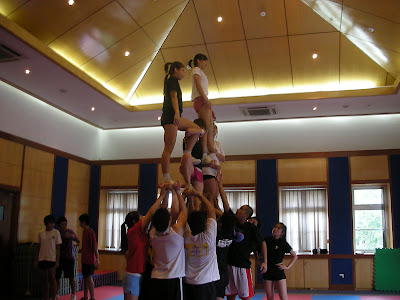 Attempting the 3-2-3 pyramid for their performance.. 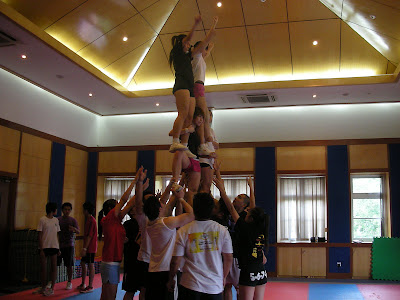 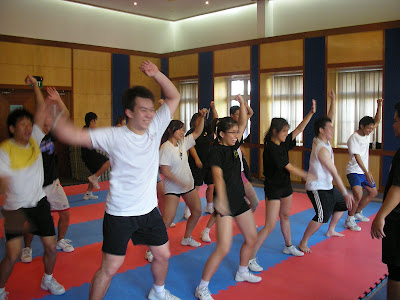 Before i end this post, I would like to quote Ben's entry from Denvers's blog (http://community.livejournal.com/teamdenvers) which i found very meaningful. It is something we should all learn from.

A sigh of a hugh relief that the competition is over :) Well, we had all the practices and the preparations yet we did not hit the routine well enough for a nice placing position. Perhaps it was the excitment atmosphere that made us lost our perfection to routine. I can go on the many reasons on why we fell. Nevermind about that.

From being a pioneer of Cheerobics and cheerleading with the batch of Lenny, Victor and so on, it has never been the winning that I would look at as my ultimate satisfaction. Actually it is the unity and teamwork that I saw at each performance and competition. The effort you put in with so many trainings and perform only for that 5 minutes. It just so wonderful to know you bunch of crazy people. We let ourselves down to be as ourselves and get to know the good and the bad side of each of you! The gossips and the sacarstic moments. We say it here and there but at the end of the day, we give each other a good pat at the back or a hug. No hard feelings mate!

Denvers as I can see, one of the only team that accepts cheerleaders of all shape and sizes. An opportunity given to an individual to experience cheerleading and never discriminate on our member's weight and physical aspects outlook. Never judge a book by its cover. This statement held true. As we know one another better. We begin to realise how wonderful he/she can be. Treating each other with a level of respect too.

This cheerobics 2008, emotions stock market ran all time high and the captured on video incident of our beautiful Miss Pamela, shows that our team members are far more important than the competition and anything else. Kudos to Pamela that she tahan all the way to the end and black out at the very end. She tried her best to hit her stunt despite her condition. Lilo sprain her feet, Joanne sprain her feet, BB sprained her feet. Yea, so many Mas selamat wannabe but I can see that they took the effort to nurse their injuries back to the best possible state and try again. Bases - their wrists and hands were hurt, bruises unavoidable, yet the bases still strive on to put the best toss and the best stunt forward. Some in the corner EMO, some doing music, some going through the motions, some worried here and there. AND some try to cheer others up by irritating others, telling stupid jokes and just being plain stupid. Without these colourful characters, our MPR is a dead town!!

So Denvers, continue to keep the fire burning in the team, prepare for some serious fun and outings in the coming weeks. Spread the cheerleading spirit and continue to improve ourselves and learn from one another and other teams too. We are a team that always will make the first step forward to offer the handshake to make friends. That is why our motto.... DENVERS LEAD THE WAY! ALL THE WAY!